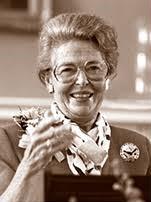 Virginia Beall Ball (BA, 1940), a generous philanthropist and patron of the arts, founded the Beall Poetry Festival in 1994 to encourage the writing and appreciation of poetry. Ball also endowed the Beall-Russell Lectures in the Humanities at Baylor in 1982. She received honorary doctorates from Baylor and three other universities in recognition of her dedication to the arts and humanities. She died in 2003.

The Dr. Jesse T. Airaudi Prize is named for a department member who was instrumental in organizing House of Poetry events on the eve of the Beall Poetry Festival. He served the department from 1976 to 2014. Dr. Airaudi's love of the word, his quick wit, stunning word play, and passion for the poetry of Byron and Yeats, particularly, are remembered fondly.

This prize is named for a spring event gives voice to local and regional poets who enjoy reading their poetry and talking about the craft. House of Poetry participants read from a booklet of poems submitted in advance; activities include informal discussions of poetry during breaks and two one-hour workshops given by guest presenters and focus on techniques for writing poetry. Presenters are recognized poets from the region and have included Texas poet laureates. 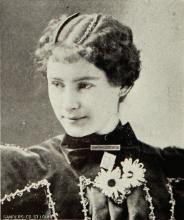 Dorothy Scarborough (1873-1935) earned both a B.A. (1896) and an M.A. (1899) in English from Baylor University. She taught several courses in Baylor's Department of English while also taking classes towards a Ph.D. at the University of Chicago. She eventually earned a Ph.D. in 1917 from Columbia University, where she began teaching courses and became an associate professor by 1931. A prolific author, Scarborough published novels (including The Wind in 1925), collections of poetry and folk songs, literary monographs, and short stories during her career.

This award is named in honor of the late Dr. James E. Barcus, a 37-year faculty member at Baylor, chair of English from 1980 to 1996, and graduate program director from 2010 to 2015.  Through his deep and abiding appreciation of poetry, Dr. Barcus indelibly touched the lives of innumerable students.